How this couple lost 115 pounds in less than 1 year

After gaining weight together as they struggled with infertility, the Magnarinis realized their needed to lose it together. In 1 year they lost 115 pounds.

In 2012, Kelly and Mike Magnarini were the picture of health: They had lost weight before their wedding and were exercising regularly. Kelly weighed 130 pounds and Mike weighed 200 pounds. They felt better than ever.

The couple immediately tried to have children. But, they struggled to get pregnant and Kelly started fertility treatments. The combination of hormones and stress caused her to gain weight. And Mike, 33, gained right along with her. 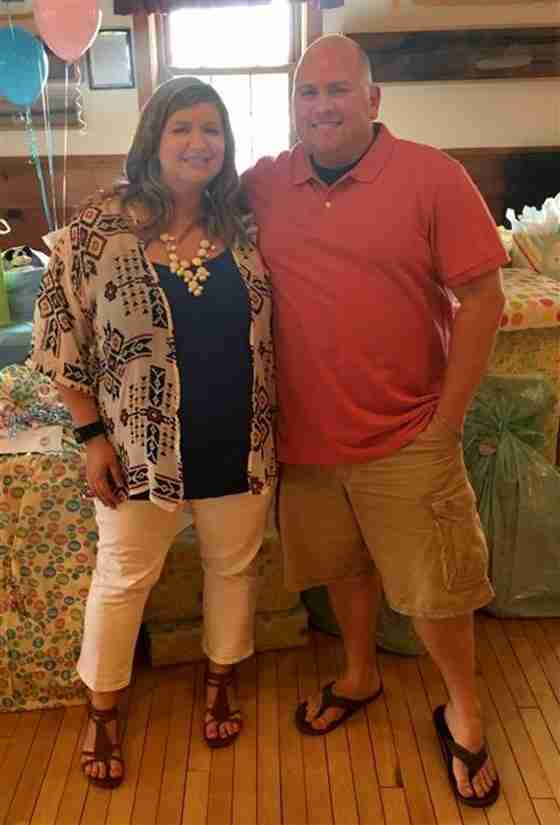 “It just kept piling on and on over the course of four years,” she said.

After four rounds of fertility treatments, Kelly, 30, finally became pregnant with twins, who were born in July 2016 via emergency cesarean section; the babies needed to stay in the hospital for two weeks. During that time, the couple, who lives outside of Milwaukee, Wisconsin, simply ate fast food and junk food from vending machines.

“It was very stressful, and the weight just kept piling on. At that point we didn’t really care. I needed to recover from having the C-section and just wanted our babies home,” she said.

Life with infant twins felt hectic and their health stayed on the back burner. But in March 2017, Kelly realized she and Mike needed to lose weight. She weighed 219 pounds and Mike weighed 259 pounds. They both were unhappy with how their weight affected their lives.

“I didn’t like the way I looked. None of my clothes fit. I was still in maternity clothes,” Kelly said.

Mike's extra weight made him exhausted and stopped them from having fun, active lives.

“We were just living,” he said.

They started by reevaluating their diet. They cut out soda, fast food and restaurant meals. They focused on eating lean protein, such as chicken and turkey, and adding fruits and vegetables.

“The first step was the diet,” said Mike. And it worked — in a little less than a year, Kelly lost 57 pounds and Mike lost 58.

“I definitely saw some changes pretty quickly not only with weight but also not being bloated, sleeping better and feeling better during the day,” Mike said.

As they started losing weight, they added exercise. They have treadmills at home and sneak in 20 or 30 minutes of cardio, with squats, push-ups and weight lifting between caring for their twins.

“Now that I got this weight off, I can run a lot longer and faster and I never thought I could do that before. I am stronger that I ever thought I was,” Kelly said.

The Magnarinis shared their success with the Start TODAY community. While they are happy with the progress they made, they hope to stick with their healthy habits together.

“Just having that support and having that accountability has been amazing. I don’t think I could do it without him,” Kelly said. 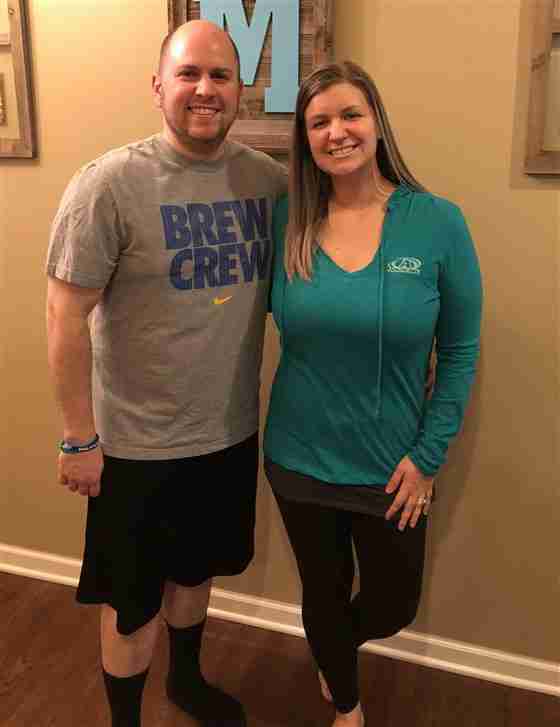 In less than a year, Kelly lost 57 pounds and Mike lost 58 pounds. They say doing it together makes it easier. Courtesy of The Magnarini family

Here is their advice for others hoping to lose weight:

In the past, Kelly would eliminate foods she loved because they weren’t healthy. But she found herself craving them. This time, she decided to make healthier versions of her comfort foods.

“Don’t feel like you have to give up on the foods that you love... You are just going to crash and burn,” she said. “Find a recipe that is a healthier version of the foods you like. You might have to make a few tweaks.” 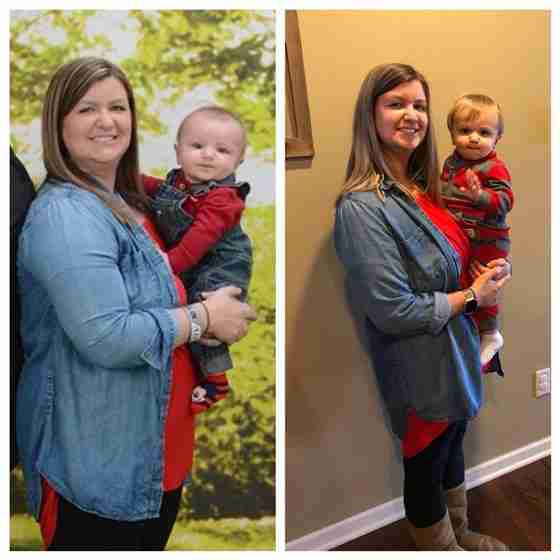 Even though chasing after twin toddlers means Kelly Magnarini has little time for herself, she changed her diet and added exercise to her schedule and lost 57 pounds. Courtesy of The Magnarini family

Over the holidays the couple didn’t lose any weight. But they realize it is okay to enjoy indulgent foods once in a while.

“Give yourself some grace if you do screw up,” Kelly said.

After the holidays, they returned to their healthy habits and started losing again. 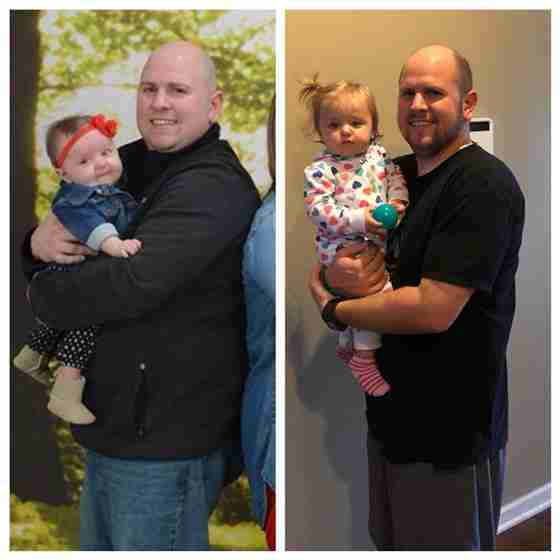 In less than a year Mike Magnarini lost 58 pounds. He believes it is easier with

his wife by his side. Courtesy of The Magnarini family

Kelly and Mike meal plan and schedule workouts as much as they can. Having a road map helps them stick to their healthy habits.

“The biggest thing is just like writing things down and planning things out,” Mike said. “It has worked best when we have dedicated ourselves to it.”